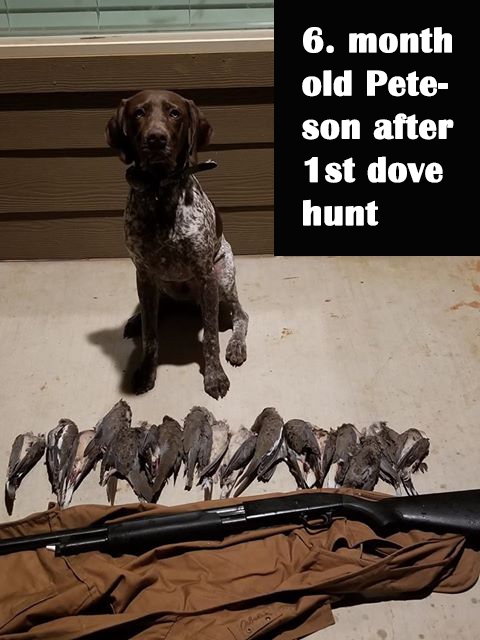 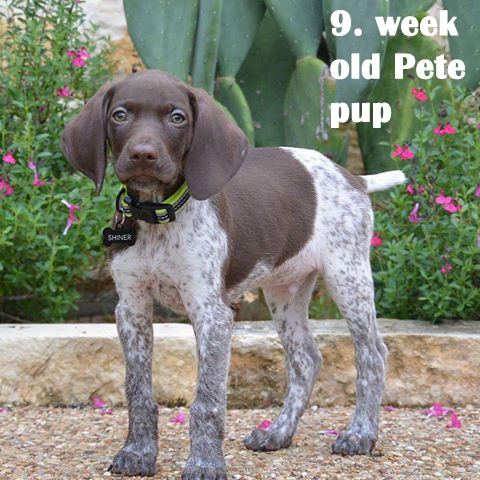 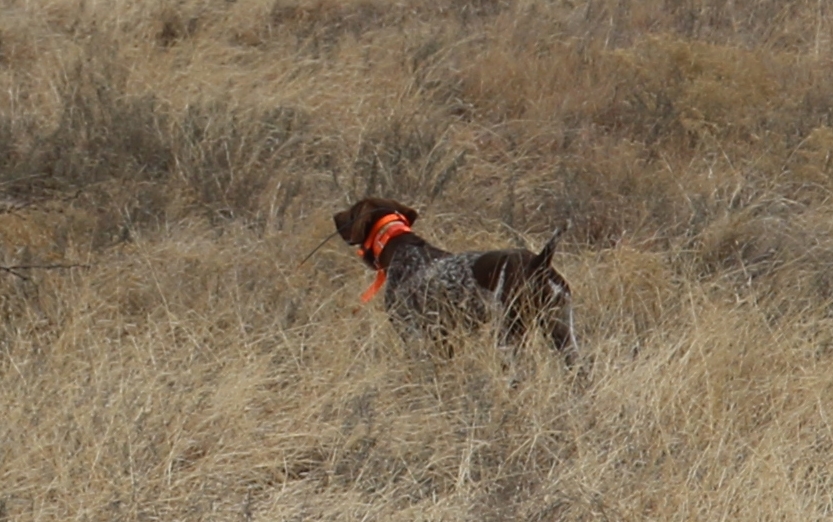 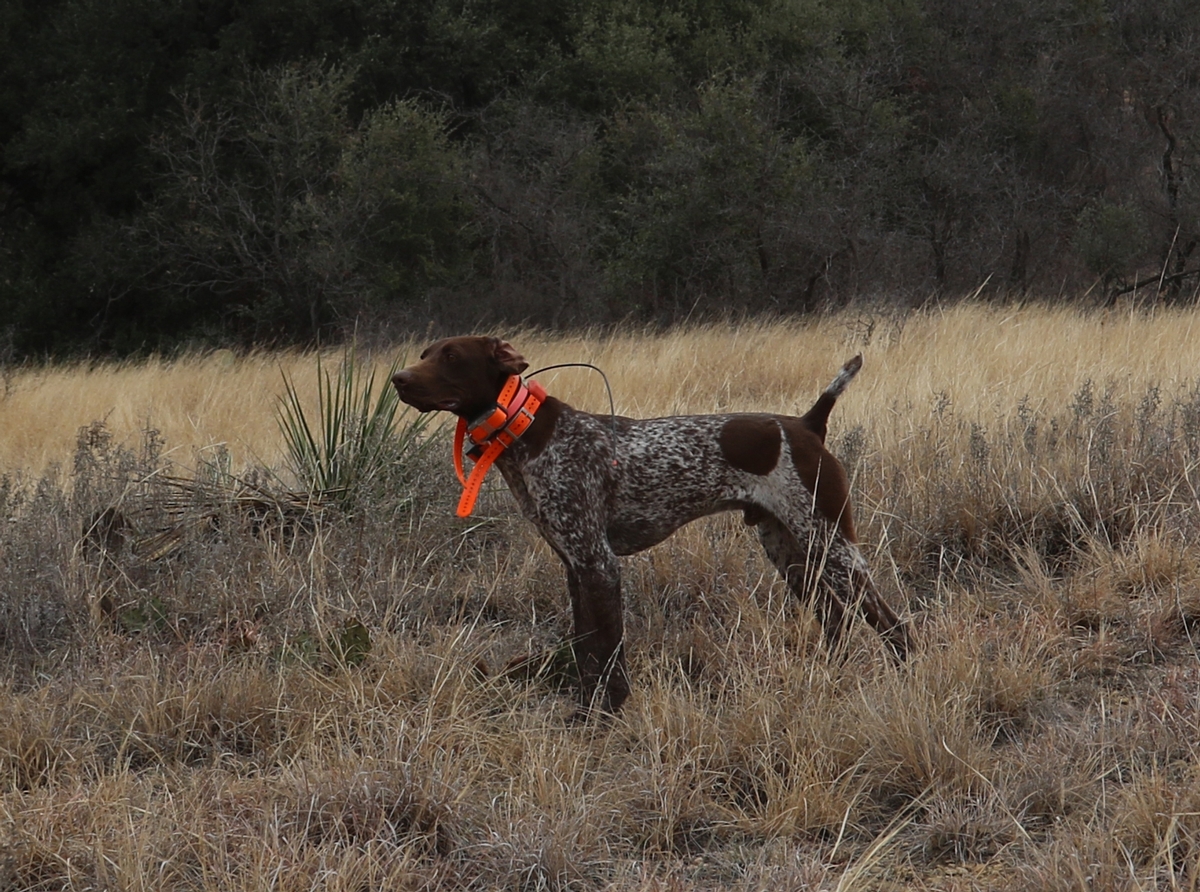 Pete is a great wild bird dog, equally well suited to hunting on foot as off a vehicle. One of those rare dogs that combines excellent nose, endurance and just a very tough, powerful bird dog. A dog that will do spectacular things to make the hair on your neck stand up, while being that dog you never have to worry about getting lost or not turning up where you predict he would be. In addition he is an amazing dead bird dog and retriever - swimming across the Brazos river to retrieve birds numerous times ! At home he is a very laid back and easy dog to be around.

The only interesting stud dogs that can have a chance of putting a positive stamp on their progeny is one that is not only a great individual, but that also comes from a great pedigree. One does occasionally get great dogs from very dubious backgrounds - the one dog greater than any dog in his pedigree. Extremely rarely will that produce any better than the papers say he would...... Breeding a dog just because of his pedigree is of course also not a good practice - a substandard dog from a good background is not the best choice to bring the bloodline further.

The pedigree tell you how the dog in theory should be and the dog itself show you what he is. Only when those two factors match up and both are outstanding does one have a stud dog worthy of breeding.

A dog that only get to hunt a few times a year will of course never get to the point where you can even evaluate his quality, nor does a dog that only runs a small field on pen raised birds. To preserve and evaluate the qualities in our bird dogs we feel very strongly that one should only breed from dogs with extensive wild bird experience and evaluated by someone that has seen enough quality dogs to have a qualified opinion on whether that dog belongs in top ranks of bird dogs that should be breed.